Buhari’s nationwide broadcast was not done in Nigeria – Nnamdi Kanu 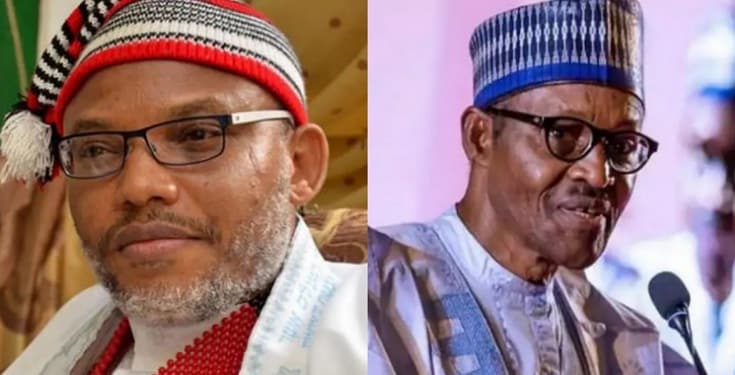 Nnamdi Kanu, the leader of the Indigenous People of Biafra, IPOB, has claimed that President Muhammadu Buhari’s nationwide broadcast on Sunday was not done from the Presidential Villa.

He also said it was not a live broadcast but recorded. 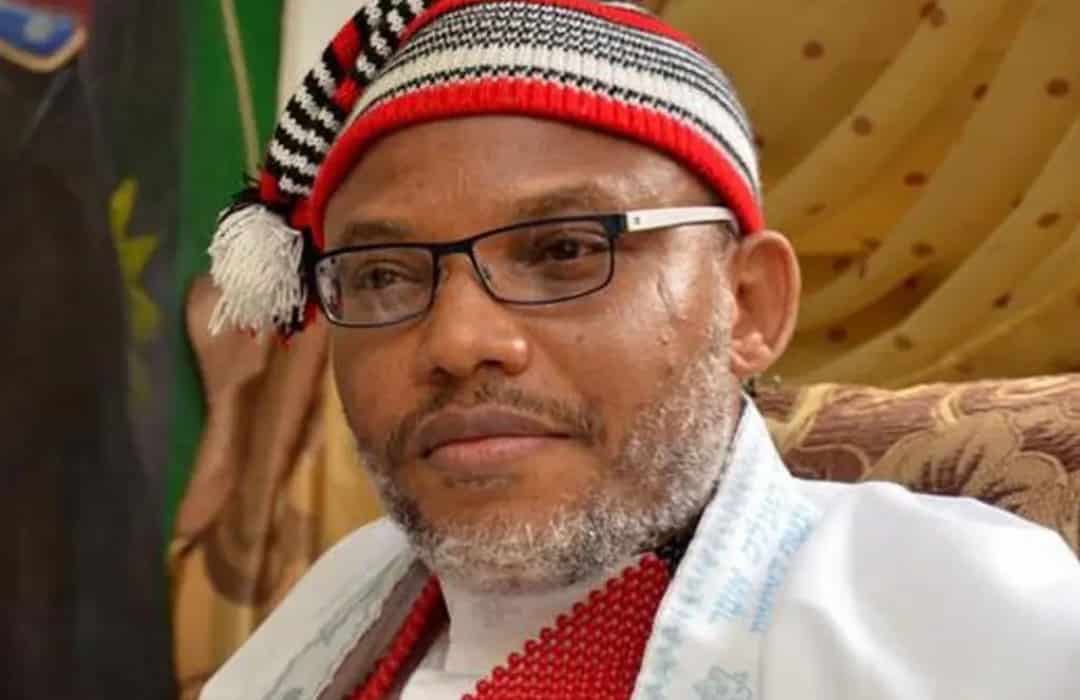 Amidst claims by Kanu and some others that he has been secretly flown abroad to Cuba, President Buhari made a live broadcast from the Aso Rock Villa on Sunday, highlighting his government’s efforts in the fight against Coronavirus.

The broadcast was aired on Nigeria Television Authority, NTA, and other local television and radio stations.

However, the IPOB leader, in a Facebook post, maintained his earlier claims about the President’s location, insisting that the broadcast was done in an unnamed hotel in Cuba.

Kanu, who tried to back his claims with some points, said the external intelligence division of his group, which he called the “M-Branch” has uncovered plans by alleged cabal in Aso Rock to hastily fabricate “a replica of the basement of the hotel in Havana Cuba where Jubril Al-Sudani recorded a poorly scripted video that aired on NTA.”

“A broadcast they touted as coming live from Aso Rock was in actual fact recorded in the basement of a hotel in Havana Cuba as I earlier warned the world they would,” Kanu claimed.

According to Kanu, who is a wanted man in Nigeria, workmen secetly entered the Villa early Monday morning to commence work on replicating the basement conference room of the Cuban hotel from “where a poorly edited video, both audio and visual, was shot of a man reading a written statement.”

READ  Borrow me your jet – Asisat Oshoala begs Davido; says she is stranded in Spain

Kanu said that “They hope to air a video of this hastily built previously non existent conference room on or before my broadcast on Wednesday April 1, 2020.

“During their now usual Femi Adesina photoshop session that precede every grand lie by Aso Rock, they foolishly forgot to give different colouration to the clothing of the fake journalist and cameraman they clumsily inserted in the photo.

“Carefully observe the photo below. NTA journalists are now on some kind of brown Coronavirus uniform or is this a new Aso Rock live presidential address Ashebi?

“This is how pathetic governance in Nigeria the great British Zoo in Africa has been reduced to. Lies upon lies, deception upon deception.”

He described Nigeria as a den of thieves, deceivers, the gullible and reprobates.

Recall that before now Kanu had alleged that Abba Kyari has “scampered” to Cuba for Coronavirus treatment.

Hours later, he said that President Muhammadu Buhari was hiding in Cuba with his Chief of Staff.

Borrow me your jet – Asisat Oshoala begs Davido; says she is stranded in Spain

You may have missed