Wizkid replies fan who was surprised he tweeted with Android phone 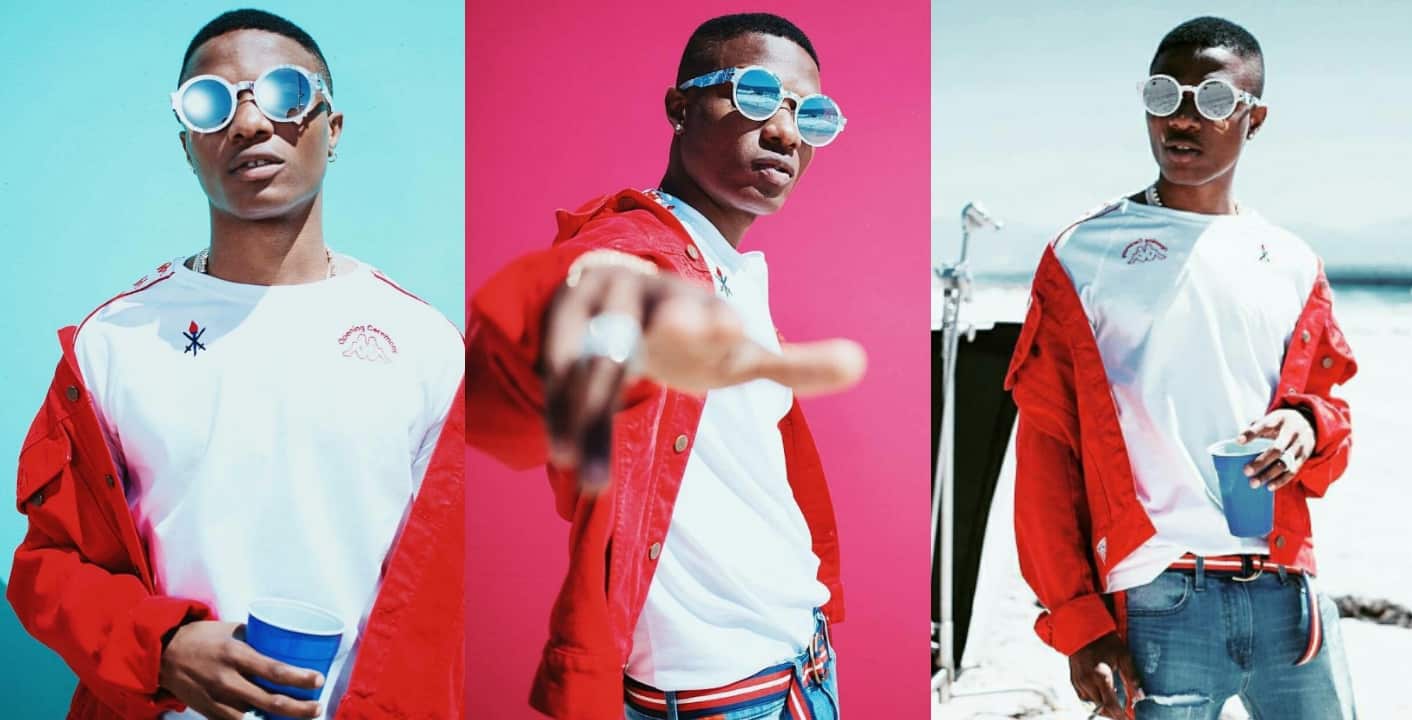 The pride of African music and Nigeria’s very own Starboy Wizkid has replied a fan who was surprised he tweeted with an android phone.

It all started when Wizkid took to the micro-blogging platform and tweeted; “Heart is somewhere else”.

As a known tradition for twitter, it indicated the Operating System of the phone which the Wizkid tweeted with.

A fan identified with the username @Distinct_Vibes was surprised the African Starboy tweeted with an Android phone.

Distinct Vibes who is also a DJ however thought Wizkid used the Camon 15 he got from Tecno on the unveiling of the said phone. 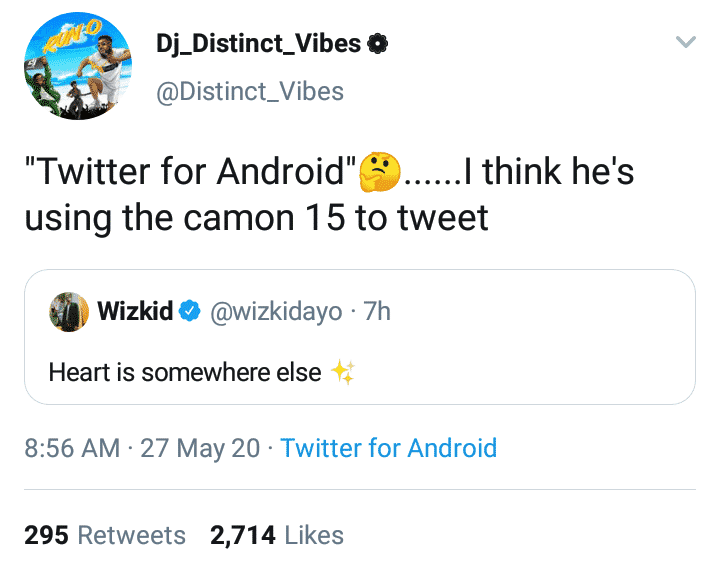 As customarily to Wizkid, he barely retweets or engages with his fans but to the bewilderment of everyone, he took out time to reply the fan who was surprised he twitted from an Android phone.

“I use Camon 15 everyday” he retweeted and replied the fan. 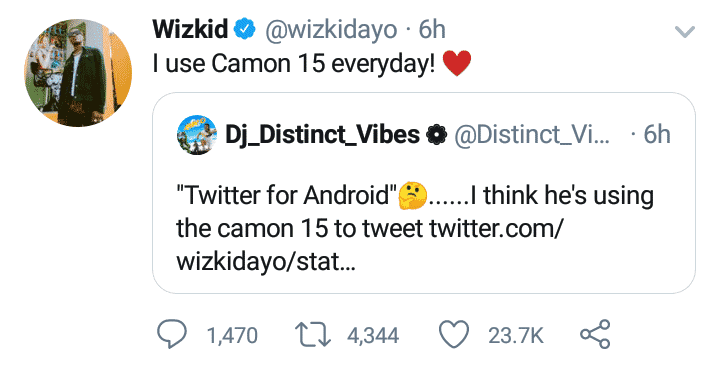 #EndSARS: Celebrities should have started the protest a long time ago – Paul Okoye apologizes

You may have missed

“If they were killed when they were youths, would they be where they are today?” – Bishop Oyedepo endorses #EndSARS